We recently went through a massive renovation in our travel trailer. The entire slide got deconstructed and put back together, most of the walls got painted. The cabinets got painted. The table got completely replaced. The furniture all got ripped out. It was good times and substantially changed the appearance of our home.

Initially I had just painted the kitchen as well but the longer I looked at it…the more it just needed something. My rig came with a slightly hideous wallpaper backsplash in the kitchen that was covered up when we painted. It included an end trim piece that differentiated the front entry from the kitchen. We had left the molding in place when we painted because it wasn’t hurting anything and sometimes removing seemingly simple things can cause bigger projects in these rigs. Now that little piece of molding was my inspiration. Tiles!

*This post may contain affiliate links. Using these links adds no cost to you but does earn a little money for our family. We only recommend products that we used ourselves and believe bring value to those around us.

It was perfect and already squared (joke#1) off and just seemed to cry out,

Our inspiration for the remodel had been Snowy Sequoia so choosing the right tiles was going to make or break that situation. Or at least it felt like it at the time. I’m pretty sure this is one of those agonizing over paint chips moments where the paint chips are basically the same color.

I knew I didn’t want beehive or subway tiles. And although I love the more colorful mandala style tiles…I didn’t think they would work very cohesively in our tiny little space and theme.

After several bleary eyed nights traveling down the Amazon rabbit hole, I found them! Neutral gray in a funky shape. Like giants globs of snow sliding off branches or ghost leaves being blown about by the wind. They were perfect!

Through the magic of Amazon I had them in my hands in a matter of days. I was so excited! The whole thing is basically just a sticker sheet, completely cut-able with heavy duty scissors or a utility knife. This was going to be the fastest project ever! (joke #2)

I quickly got started by prepping the installation area. Since I had recently painted the area, there wasn’t much prep to do. I just moved everything off the counters and sprayed down the wall with some Thieves Household Cleaner before happily tearing open the tiles.

A note about these tiles. They aren’t real porcelain tiles. They are 3D sticker sheets. Water resistant, anti-mold, anti-bacteria, heat resistant stickers, but still just stickers. From three feet away they look AMAZING. Standing at the stove staring at them…stickers. But real tiles don’t work as well in travel trailers for a couple reasons. First, they are heavy and every ounce counts when you’re on the road. Second, they aren’t flexible so the constant movement of the trailer is not kind to them. So stickers it is.

The very first thing I realized is that this wasn’t going to go exactly like I thought it would. My two squarest lines ran vertically, not horizontally. That meant I had to flip the sheets so the leaves pointed up and down instead of running across the counter. That’s okay. The leaves because globs of snow and we adapted.

I decided to start in the corner between the oven and the refrigerator on the theory that I would rather start in a painful crouch than end one. The thing about remodeling a travel trailer is that you get in some really tight positions and the kitchen is no exception. I quickly realized that this wasn’t going to be an easy project – not because of the tiles, but because the space restraints were going to require some countertop yoga.

Yep. Countertop yoga is a thing. Or at least it is now.

The next thing I realized just how far out of level of countertops and cabinets are. There was not a single sheet of tile that didn’t get modified. After several cusswords and moments of self-reflection I had an idea. I grabbed a sheet of heavier printer paper (thank God we homeschool and have so many weights of paper to choose from) and used it as a template for my tile sheets. I just placed it on the wall and folded against any edges that would require cuts on the tile sheet. Then I transferred that pattern onto the tile sheet and cut.

It actually worked really well. The next step was actually putting the tile on the wall. Some people recommend using extra spray adhesive with the various peel and stick tiles but my particular brand didn’t need it. It says (joke #3) that it is removable and repositionable but don’t count on it. My sheets were so sticky that the attempt to reposition anything not only destroyed the tile sheet but also took bits of paint off the wall. So take a few deep breaths and line those puppies up right BEFORE you stick a corner or two down. Then just smooth down the sticker with even pressure to avoid bubbles.

Lining up the odd edges of the leaves was also a bit problematic. The sheet includes the grout lines as part of the whole image but getting them attached to one another and keeping the connecting grout lines can be a bit daunting to a perfectionist.

The other challenge was the shape of our kitchen window. It has rounded corners and only about two inches of space underneath of it. The paper folding technique just didn’t cut it to make a template. What I ended up doing instead was grabbing a few more sheets of paper and holding them up gently against the window while tracing the frame with a marker. This resulted in a template that wasn’t as perfect as the folded templates. It was close but did require a little correction with scissors when we put it in place. This left some uneven gaps but I think we can fix that by just caulking around the window since none of the gaps are bigger than a standard caulk line.

In hindsight I probably would have started the project on the opposite side. The stove-refrigerator is dark and typically blocked by my utensil vase. The ending side definitely doesn’t have as nice of grout line joints, and since it is out in the open and right night to the door, it definitely gets more attention.

Overall I’m really happy with the project though. The grays in the tiles really compliment the rest of the remodel and the funky shapes are extremely eye catching. We also haven’t had any issues with peeling despite typical Pacific Northwest winter condensation and frequent cooking on the stove. It’s also a breeze to clean with our Thieves cleaner spray.

If you’re looking for an inexpensive update with lasting impact, this might be the project for you. 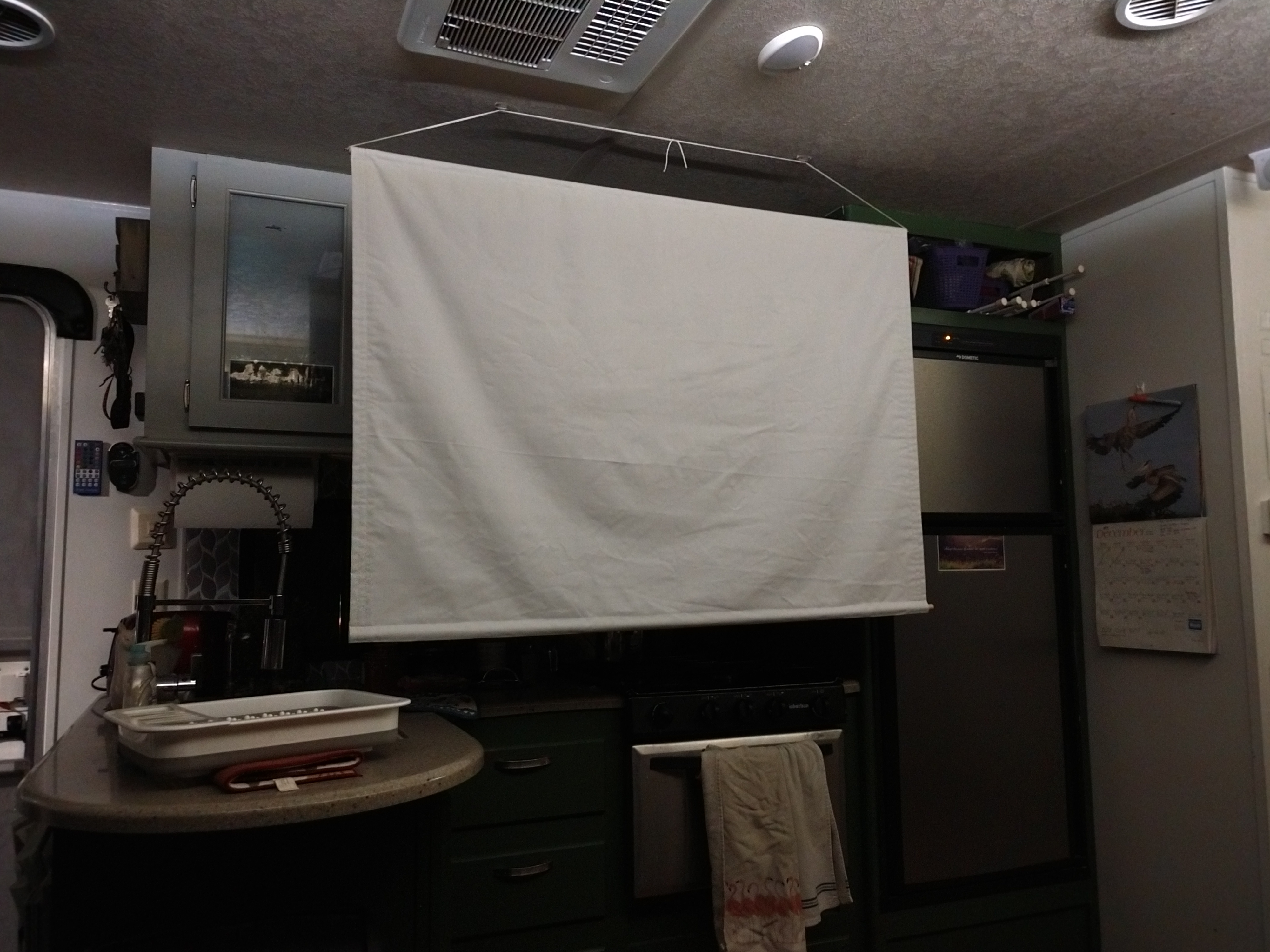 Do you ever have those projects that seem daunting until you get started? Or projects that keep getting pushed down the priority list by calamity? This was that 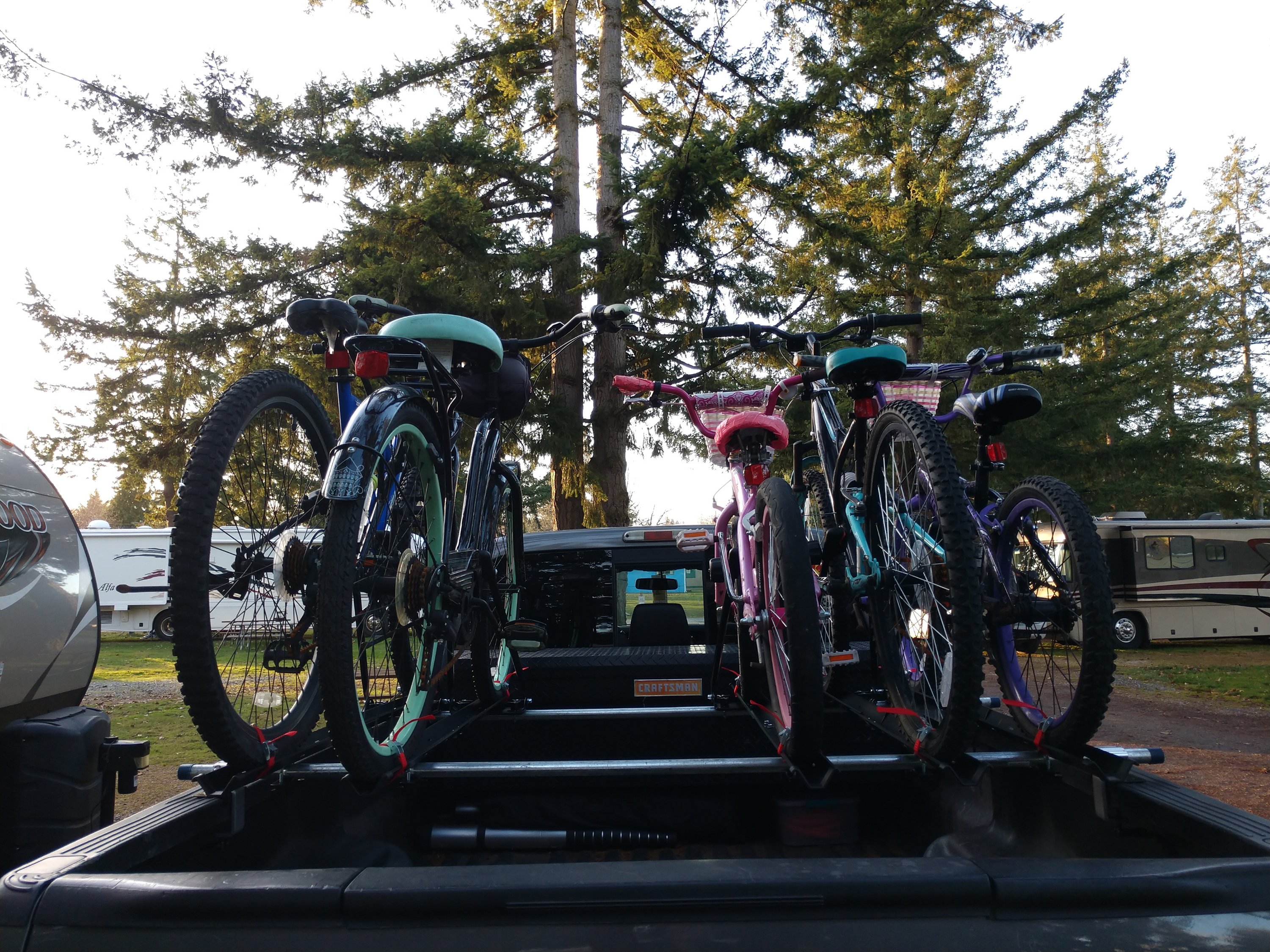 One of our biggest evolutions (and headaches!) in our travel journey has been bike storage. We have five bikes that travel with us full time. When we first got started 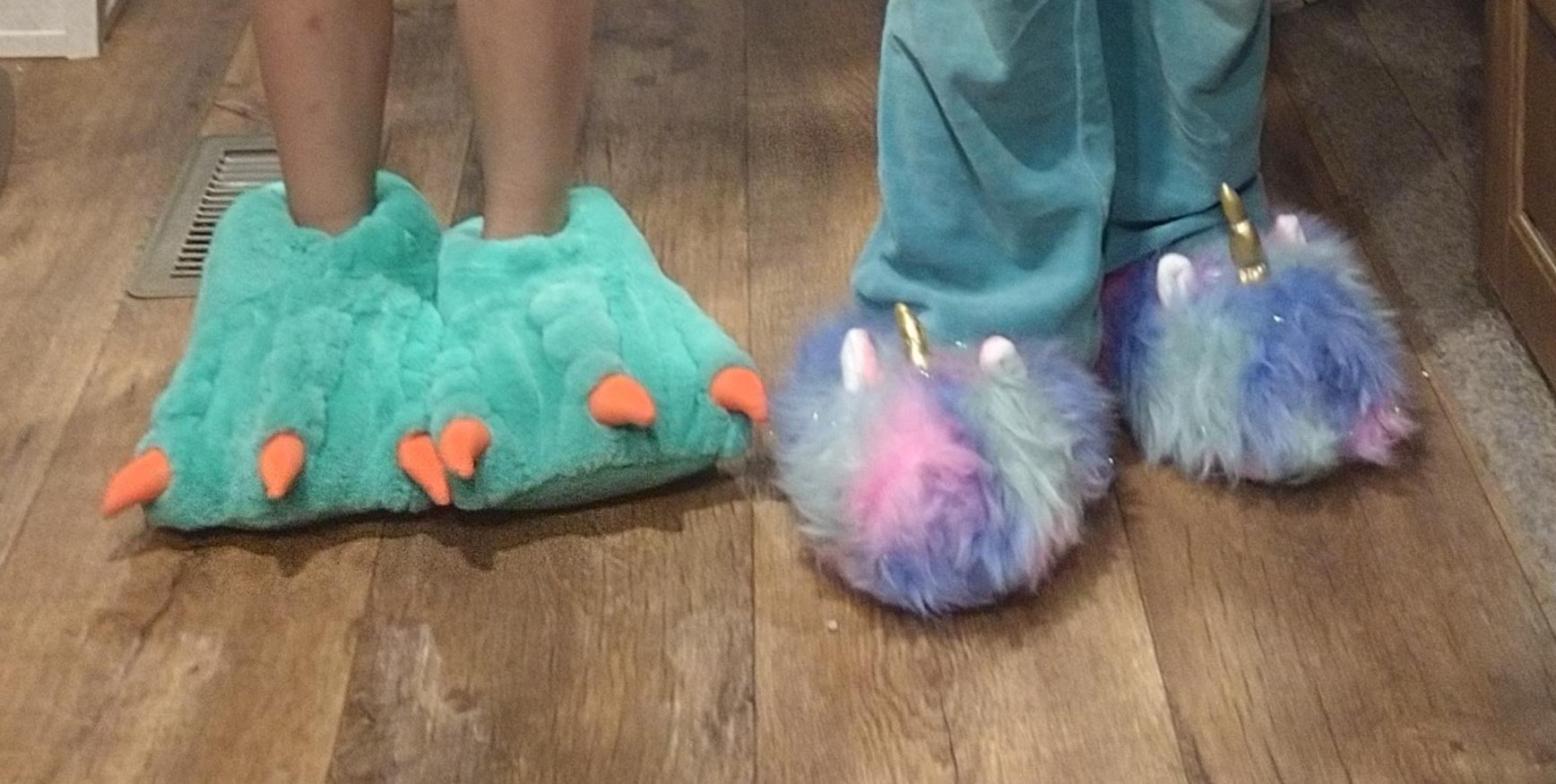 I'm a Southern Girl at heart; sweet tea and iced water run through my veins. Unfortunately Belle (my camper) is a bit southern too and defaults to frozen water