One of our biggest evolutions (and headaches!) in our travel journey has been bike storage.

We have five bikes that travel with us full time.

When we first got started we had an SUV and four bikes.

There was absolutely no bike storage in the SUV. We also couldn’t put a bike rack on the back of the camper because that was the grill and spare tire home.

The only solution was to bring the bikes inside on travel day. In theory this wasn’t a terrible idea. The little girls had little bikes and they fit nicely in the bunk room. The older kids had midsized bikes that fit in the space between the kitchen cabinets and the pulled in slide.

It worked in a nice size ratio way, but it made setting up and breaking down camp a nightmare.

No one could go into the camper until it was completely set up and unloaded. And if it was raining when it came time to pack up… All that mud and water came in with the bikes.

Do you know what else came in with the bikes? Bugs. Apparently spiders LOVE bikes. And when you store those bikes between bunks, the spiders just get cozy in the covers.

Y’all. That is no way to live.

Then, of course, is that lovely size ratio that worked just perfectly.

Kids grow. And so do their bikes. Before we knew it, both little girl bikes had been replaced. It was a tight squeeze, but we still managed to get them in the bunk room.

The problem was the bigger bikes. One disintegrated from old age and got replaced. Not a big deal since the replacement was the same size. The other also wore out, but this one got replaced with a much larger bike. It belonged to my teenage son who had probably shot up at least a foot since buying his last bike.

The new boy bike was just too long to fit in the kitchen. We were finally able to finagle it in after pulling in the slide and ninja-ing the bike between the exterior slide wall and the interior bedroom wall.

Talk about a hassle! The wheel had to be turned just so on the way in and then twisted again as the person putting it in squeezed out. And if the pedals weren’t perfectly placed the whole thing was a no go.

The only good thing about moving the boy’s bike is that it freed up space in the kitchen for Momma to finally get a bike. It literally left 2 centimeters between the kitchen cabinets, bikes, and dinette when the slide was pulled in.

This was definitely getting ridiculous.

The first miracle in bike storage was getting the dually. Finally the bikes could get out of the camper!

Unfortunately, just shoving all five bikes into the bed of the truck let them jostle and bang into one another. We had busted chain guards, broken reflectors, and pedals caught in spokes.

We tried wedging them in better with bins of gear, but that wasn’t a great solution either and just created its own set of problems.

The biggest problem was securing both bins and bikes in the bed of the truck. We ran bike locks through the bikes to try and deter anyone taking them. If they wanted one, they were going to take all five, and that would be cumbersome.

Then there were the bins. Sure we could padlock them all but that is a huge hassle too with how often we move.  And who wants to spend money on a lock for sewer hoses?

It really hit home that it was time to address this issue once and for all when we got back to the truck from a hiking trail and realized…someone had been in our truck!

You could see where someone had climbed into the bed of the truck, rummaged through a bin (Sewer hose, Sucker!), moved the bins that couldn’t be opened around, and tried to take out the bikes.

Nothing was taken, but it could have been A LOT worse.

I had been looking for an answer for a while. That’s why he bikes were still where they were. Most people suggested bike racks either on the rear bumper of the camper (that wasn’t an option for us) or racks that actually go above the propane tanks and jack on the front of the camper. We had too many bikes for the last solution, and I couldn’t imagine lifting them up that high anyway.

I finally hit the right combination of search keywords on Amazon and suddenly, a solution was born!

*This seems like a good place for a disclaimer. You may have noticed that this post contains affiliate links. Using these links adds no cost to you but does earn a little money for our family. We only recommend products that we used ourselves and believe bring value to those around us.

Miracle number two was finding the bedrail clamps and locking bike racks that are meant to sit on bars over the top of your truck bed.

This was brilliant! It would free up the bed for cargo AND keep the bikes safe and secure.

We ordered the racks and the bars and the special grips for the bed rails. We were so excited! Two days later our packages were delivered and we emptied the bed of the truck to install everything.

It became apparent very quickly that the bars were not everything they were advertised to be. I could almost bend them. No way could these things hold five bikes. We pressed onward though, reassured by five star reviews that these would indeed work once we got them on the truck.

They bowed in the middle so all of the bikes had a slight central lean. When we took the truck out for a test run, the bars bounced at least five inches with every bump. There was just too much flex.

Steel pipe. We got ours at Home Depot. And the best part? I mean besides being unbendable even by Hulk standards…

It was a quarter of the price of those so-called steel bars we had ordered off the internet. And it fit perfectly in the bedrail clamps!

I knew this ahead of time because I asked an associate to escort me outside and let me fit the pipe before buying it. Their customer service made my life so much easier. I think he was probably just intrigued by what I was describing.

At any rate once we had the new bars installed with the racks in place, the bikes were ROCK SOLID. No bounce. No wiggle. And definitely more secure than they were with just your average rope style bike lock.

The bonus is that the bins are completely secure now too. When they are under the bikes, you can’t get the lids off. And you can’t slide them out from under the bikes once the tailgate is locked.

We ended up not only solving the bike problem, we added about seventy two cubic feet of secure gear storage!

Living on the road can present unique challenges but humanity always wins. 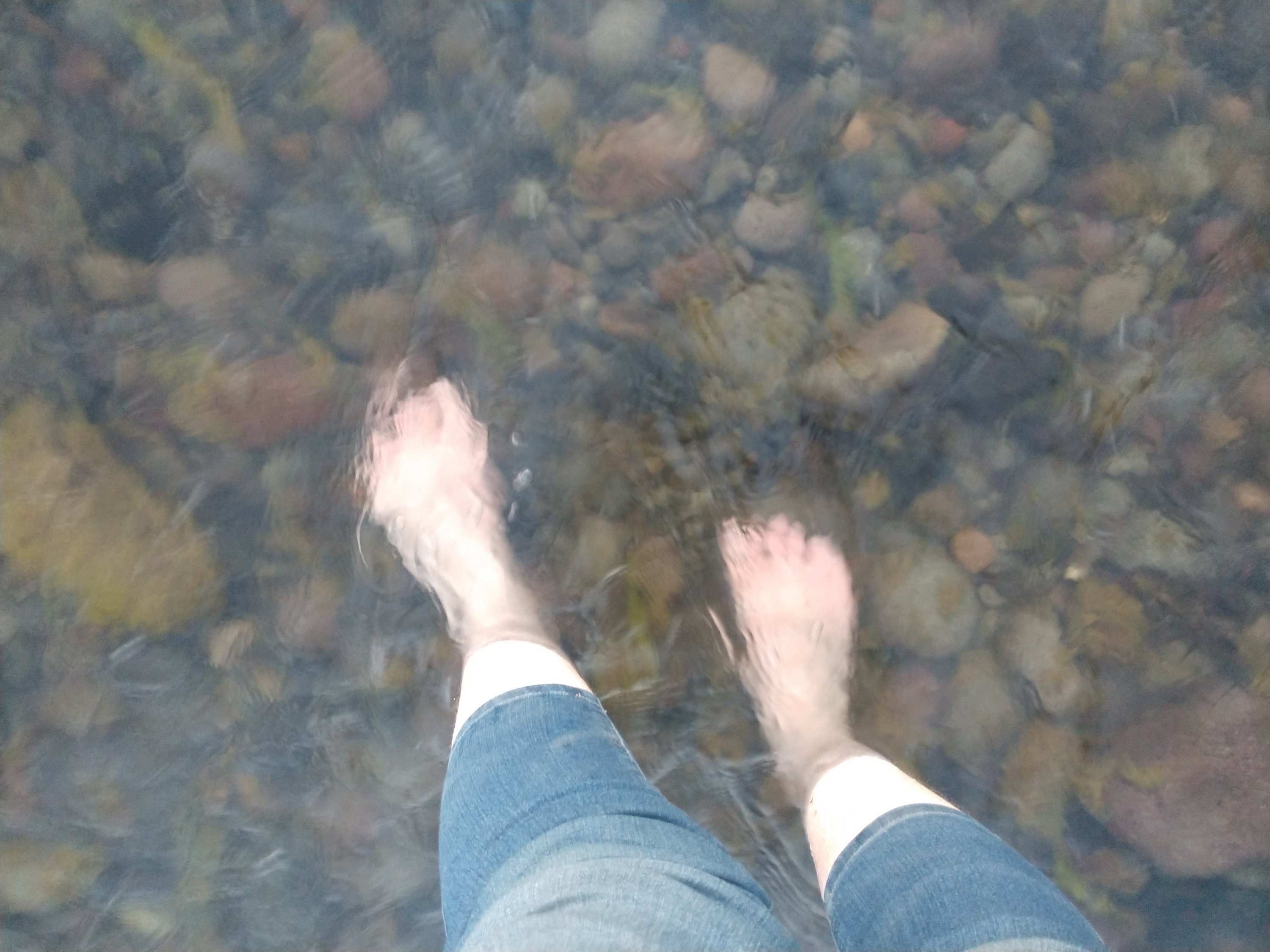 When it rains - problems, not men. Today continued to be a day. We could have chosen defeat. Instead we chose joy. 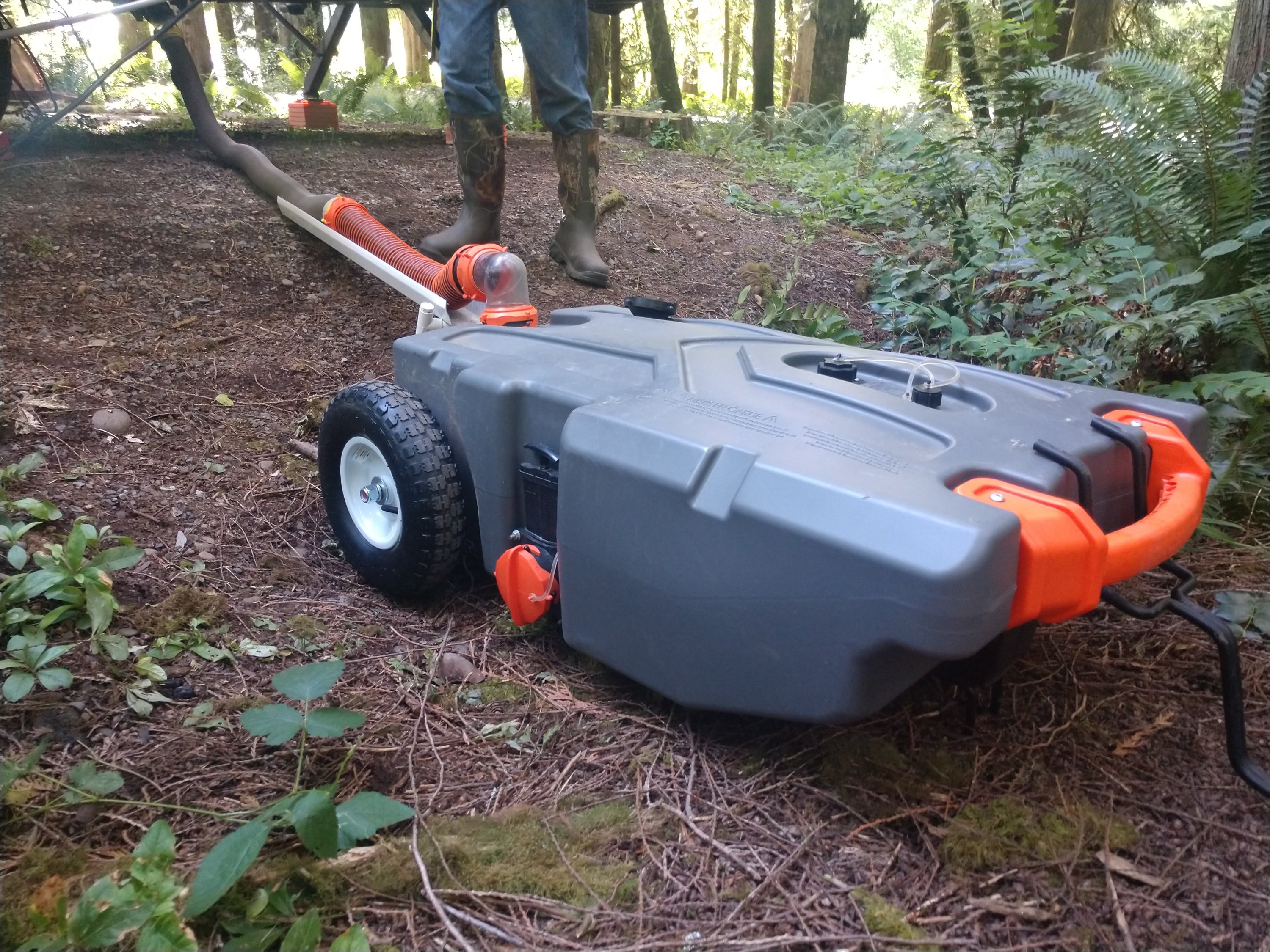