Remember when I was so excited to find a back alley herbal shop a few weeks ago? Olivia started coughing again today so it’s time to put those magical treasures to work.

I’m not a doctor, and absolutely nothing that I say here should be construed as medical advice. I’m just a mom and a kitchen witch that has discovered what works well for my family and I offer it as a starting place for yours. I encourage you to do your own research and adjust my recipes to suit the needs and reactions of your individual family members.

I happen to have a child that always gets a cough. A gnarly, make you think she’s going to vomit it’s so intense cough. A “Mommy, it’s hard to breath” cough. Scary since we’re currently in a pandemic for a disease whose primary symptom is cough and difficulty breathing. I would feel better if I was as locked down as my children, but unfortunately I’m an essential worker and still dealing with crowds of unisolated public on an almost daily basis.

Hence my joy at finding most of the ingredients I need to keep my child safe.

Actually I would probably kill for some cherry bark or mullien right now, but we’ll make what we have work.

Remember when you are creating medicines for your family that the quality of ingredients matters. The strength of the medicine goes beyond its ingredients though. Whether you call them spells or prayers, stir love and power into your potions. Remember when your mother said the special ingredient was Love? She wasn’t joking.

You can find my cough syrup recipe by scrolling to the bottom, or you can scroll a bit more slowly and research my choices. There are other ingredients that would work just as well or in addition to what I have used. Remember, this is just a starting point and what I happened to have on hand when the world decided to shut down.

No, we’re not talking about candy. Marshmallow Root has a long history of treating cough…and for good reason. It is both antitussive and demulcent which means it both prevents coughs and relieves inflammation. It soothes mucous membranes and is especially good for a dry cough.

Slippery Elm Bark is another time tested remedy for throat and bronchial irritations. It contains mucilage which coats the mouth and throat. It has both demulcent and expectorant properties, relieving inflammation even as it encourages the clearing of bronchial passageways.

My kids think this is just for flavoring, but really, they should know better by now. Yes, it imparts a fruity, wonderful taste that compliments and sometimes covers the less tasty additions to my syrups, but it is also packed with antioxidants and vitamin C. It also helps reduce inflammation and pain.

If y’all know my kids, you know this is a frequent player in our recipes. As often as the kids grab the sticks to suck on them like candy it’s amazing I have any left to cook with at all. I’m not complaining. High in antioxidants, it is also anti-inflammatory, antiviral, antimicrobial, and anti-fungal. Just so all of our bases are covered.

Ginger is like a super root. It is an aromatic, warming herb that is expectorant, controls coughs, relaxes spasms, and relieves pain. It can even help to relieve the upset tummies that so often accompany illness. Just remember that dried ginger is about twice as potent as fresh ginger so go easy with it.

Another warming herb, cloves have both analgesic and expectorant properties. This means they make coughs less severe but also more productive, and they relieve pain all at the same time.

Y’all need to research this one in depth. You’ll read the word bronchial so many times that you’re eyes will cross. Antiseptic, antispasmodic, antioxidant, expectorant, and disinfectant. If it has anything to do with the respiratory system, throats, coughs, breathing…you name it, Thyme has history with it.

Anise seeds clear congestion and soothe coughs. It also just tastes really good. The girls are convinced that it has magical properties just because of it’s beautiful shape. Who am I to argue?

Okay, you might have gotten me on this. I wasn’t going to include this in the cough syrup, but Olivia smelled my concoction and said it was missing something. Since I’ve taught my children to trust their noses and their intuition when it comes to what their bodies need, I took her word for it. After sniffing out several jars she brought me this one. It added a very nice balancing aroma and flavor to the syrup. My little witch. I’m so proud of her.

Once you have gathered all of your herbs you can start cooking. There are as many schools of thought on this process as there are ways of doing it. For this particular blend I chose to steep the ingredients, strain them, and then reduce the resulting tea before adding honey.

Tada! Cough Syrup! I’ll give this by the tablespoon to my little one. You may decide to give more or less depending on the size and age of your child. Keep it in the refrigerator and use as needed. It should be good for a couple months that way. 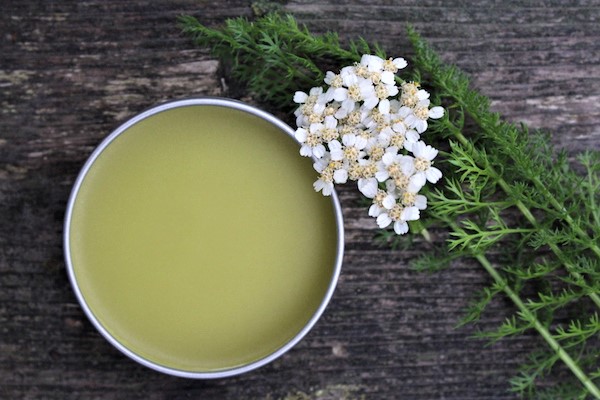 Yarrow is one of those wonderful plant allies, like plantain and self-heal, that just always seem to be underfoot when you need them. But maybe you live in an

Women aren't the only ones who go through changes as we age. Guys do too. And just like we need to start paying closer attention to our breasts, 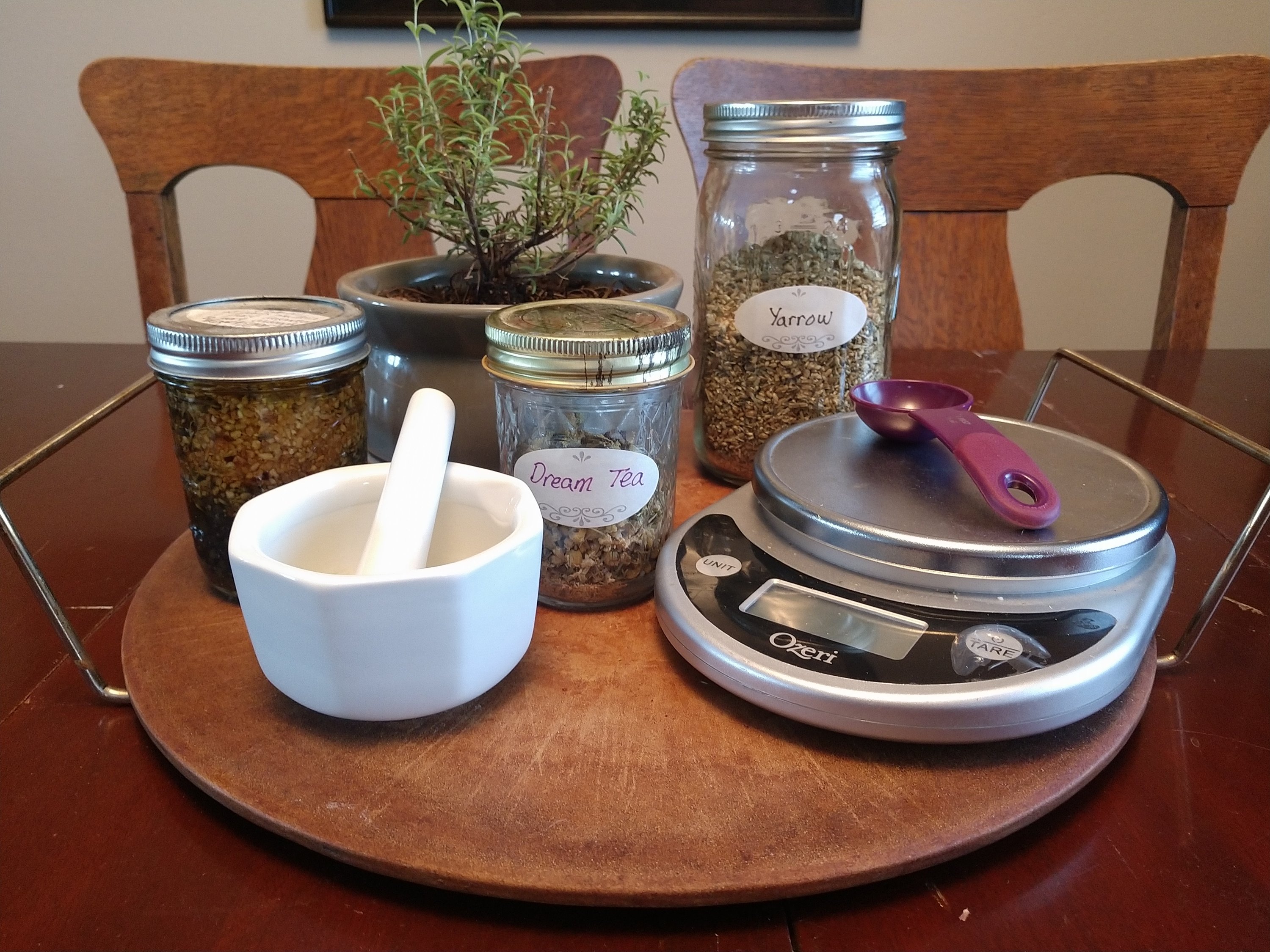 Learn the most frequently used types of herbal preparations for stocking your home apothecary.