Thanks for joining us! Who’s ready to dig deeper into Lavender?

Be sure to scroll all the way to the bottom to find recipes, DIY videos, and a special invitation to Witchy Gypsy Oils. To learn more about lavender the herb, click HERE.

Can we just pause for a minute before we even get started today? I’m serious. We’re all friends, right?

I was really questioning my mental state today. I’ve been doing this educational series for a while now and I went to reference something and I couldn’t find my lavender post.

Y’all. I seriously thought I was losing it.

Just so you know.

My mental clarity is fine. I wasn’t crazy. I just somehow hadn’t done it. I have done a small snippet in an oil blend break down, but that isn’t nearly enough to do a powerhouse like Lavender justice.

So here we are. Mentally balanced. A wee bit embarrassed. And ready to push ahead.

I have bundles of dried lavender all over my house. Hanging above every bed. Another by the doorway. More over the kitchen table.

I’ll grow it in my garden as well. Can’t you see it? Waves of purple flowers dancing in the breeze, perfuming the air with the literal scent of calm.

Did you know that Lavender is part of the mint family? It is a perennial flower that attracts bees, butterflies, and other pollinators to your garden.

Some of the earliest recorded uses of lavender are by the Roman soldiers who used the wild-growing plant to perfume their bathwater and wash their clothes. Because of the association with clothes-washing, medieval English washerwomen were referred to as lavenders. The poorest of these women were reputedly also prostitutes, and so the word came to have a double-meaning. One anonymous 16th-century poet wrote:

In Spain and Portugal, lavender was traditionally strewn on the floor of churches or thrown into bonfires to avert evil spirits on St. John’s Day. In Tuscany, pinning a sprig of lavender to your shirt is a traditional ward against the evil eye [3].

Caution: The essential oil of lavender is particularly potent and should be used carefully. Large amounts of lavender should not be consumed internally by pregnant women or nursing mothers.

Lavender is a good addition to wedding cakes because of its delicate flavor and its association with love and fertility.

Most famously perhaps, it is known to grow in France, but it is also native throughout the Mediterranean, northern and eastern Africa, and even into India. Traditionally Lavender has as many uses as it does today: perfumes, soaps, beauty products, medicines, and flavorings.

Lavender oil is comprised mainly of linalyl acetate and linalool – phytochemicals that are absorbed rapidly into the bloodstream. Research shows that these compounds inhibit several neurotransmitters causing a sedative and anxiolytic effect.

If you suffer from restless nights then Lavender has been proven to increase the time to awaken after first falling asleep. One study showed that Lavender increased the percentage of deep or slow-wave sleep in all of the group tested, and all of the individuals reported feeling more refreshed and energetic the next morning.

Lavender has been used for centuries as a remedy for anxiety and depression. It has a complex mix of active components including “terpenes” – small molecules that are absorbed into the bloodstream via the nose or lungs. They are so small that they easily cross the blood/brain barrier and have an impact on neurological processes.

Lavender has been proven as effective at treating anxiety as its pharmaceutical counterparts. In a study published in the journal “Phytomedicine”, it was shown that lavender helps with restless, nervousness, anxiety and insomnia.

Another study by the “International Journal Psychiatry in Clinical Practice found that supplementing with 80mg capsules of Lavender Oil alleviated anxiety, restless sleep and depression without any unpleasant side effects.

Lavender Essential Oil has very powerful antiseptic properties. Applying it to wounds can not only increase cell growth causing the wound to heal faster, but it also decreases the appearance of scars. The anti-microbial action of Lavender Oil protects scrapes and wounds from infection, while allowing them heal.

Lavender Oil has a well documented history of effectively treating burns and scalds as well. Its pain relieving properties, combined with its anti-inflammatory, antibacterial and antiseptic properties make it an effective burn treatment that stimulates the cells to regenerate more quickly, and prevent scarring.

Lavender has long been used as a digestive aid. It improves the motility of intestinal tract, allowing food to pass through more readily. Gastric juice production, including bile, is increased which improves digestion and nutrient absorption. Colic, vomiting, and flatulence can all be helped through the use of this herb. An interesting benefit is that Lavender gently inhibits the growth of pathogens, but according to one study, it doesn’t harm beneficial bacteria. How it distinguishes between harmful and beneficial bacteria is a still a mystery.

As a digestive aid, lavender oil can be taken as a tea.

Lavender Hydrolat has naturally soothing and calming properties. For the skin it can help to calm down irritation and itching, inflammation and redness. It makes an excellent facial cleanser and toner that is especially suited to sensitive skin. With natural sedative qualities, Lavender Hydrolat can be spritzed onto bed linen and used as a bedroom air freshener to create the perfect environment for a sound night’s sleep.Typical Use

Can also be added to massage oils, creams and used in an oil diffuser to create an atmosphere of calm.

For burn relief and to heal cuts, scrapes or wounds, mix 3–5 drops of lavender oil with ½ teaspoon of coconut oil and apply the mixture to the area of concern.

Lavender Hydrolat can be used as a facial spritzer, cleanser and toner. With naturally soothing properties it is ideal for use on irritated skin, insect bites, sunburn and allergic reactions.

Can be added to water or fruit juice.

Traditionally Taken: 2 – 3ml up to 3 times per day, or as directed by a Herbal Practitioner.

Good quality lavender oil is everything good about this flower distilled down into a tiny little bottle.

Lavender has long been considered an herb of love, and Cleopatra supposedly used it to seduce Julius Caesar and Mark Antony. In Tudor times, a lavender brew was taken by maidens on St. Luke’s Day to discover the identity of their true loves. Lavender under the beds of newlyweds ensured passion and put in the pillows of Alpine maidens it brought hopes of romance. For centuries it’s long been thought to be an aphrodisiac.

Early household use started with lavender strewn on the floors of castles and sick rooms as a disinfectant and deodorant. It was sold in bunches by street vendors and placed in linen closets as an insecticide to protect linens from moths. Lavender was burned in sickrooms to clean the air. Many Christian homes featured lavender formed into the shape of a cross, which was then hung over the door as a safeguard against evil. In Ireland, brides wore lavender garters to protect them from witchcraft.

Young Living has three farms that grow lavender, located in Utah, Idaho, and France. Lavender is steam distilled from the flowering tops of the plant, and it takes 27 square feet of lavender plants to make one 15 ml bottle of Lavender essential oil.

This celebrated oil offers a hint of elevated flavor to recipes and a wealth of dietary benefits as a supplement. Dip your toothpick into Lavender Vitality and swirl it through chicken and lamb marinades, or add a drop or two to cake batters and lemonades. This essential oil will add a sweet and slightly floral flavor that will be hard to forget!

The French scientist Rene Gattefosse was the first to discover lavender’s ability to promote tissue regeneration and speed wound healing when he severely burned his arm in a laboratory explosion. Today, lavender is one of the few essential oils to still be listed in the British Pharmacopoeia.

Now let’s take everything we’ve learned and have some fun. Videos!

Thank you for digging deeper into Lavender with me. I am very passionate about herbs, oils, and the education of their uses. 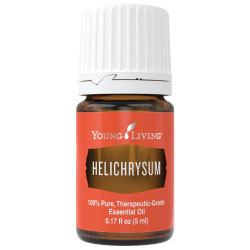 Who's ready to dig deeper into Helichrysum? 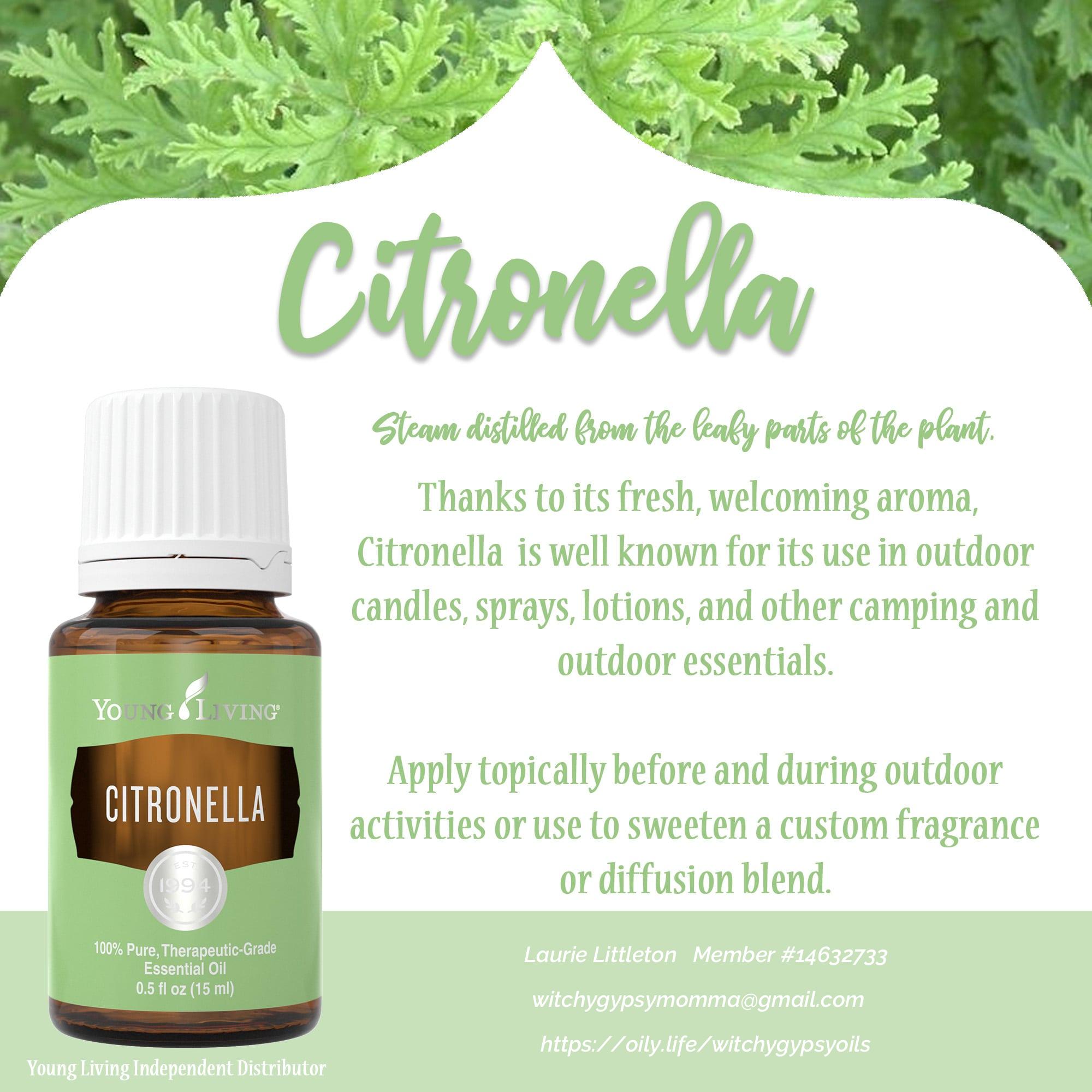 Who's ready to dig into Citronella?

We all want a more natural environment for our families. A home free from chemicals, toxins, poisons, and contaminants. Implementing that ideal can sometimes seem daunting - especially