Thanks for joining us! Who’s ready to dig deeper into Mountain Savory?

Be sure to scroll all the way to the bottom to find a special invitation to Witchy Gypsy Oils.

Both plants are members of the mint family that have been prized throughout the centuries as potent sex medicines.

Summer savory is native to the Mediterranean basin of southern Europe, and winter savory, as its species name, montana, implies, to the mountains of southern Europe and North Africa. Savory, along with chervil, coriander, dill, garlic, and parsley, was on the emperor Charlemagne’s list of seventy-eight tasty herbs to be grown in his royal gardens in a.d. 812.

The Romans used winter savory as we use pepper today, and it is said that they introduced the herb to England. Medieval walled gardens held savory, hyssop, and parsley in company with beans, onions, leeks, and garlic; the herbs must have gone a long way to punch up the monotonous, plain, starch-filled diet of the poor as well as lend a robust tang to the meatier diet of the rich. Savory also grew in herb “gardens of delight” kept by the leisured rich, and it was used in sweet syrups and conserves to soothe the throat. Several sixteenth- and seventeenth-century garden writers suggest savory as a component of a fragrant garden.

In garden folklore of the Middle Ages, a garland fashioned of savory leaves and flowers was worn as a crown or cap to revive the wearer from drowsiness. The satyrs of Greek mythology—lascivious woodland deities with the horns, ears, and legs of a goat—also were depicted wearing crowns of savory. Because of this, savory’s generic name, Satureja, has been linked with the word “satyr”, but apparently it is actually derived from the Latin satur, meaning “full” or “satiated”. Both savories were believed to affect the sex drive, but in opposite ways: winter savory was thought to decrease it, summer savory, to increase it. Which kind do you suppose the satyrs wore?

Perhaps because Winter Savory is the tougher of the two plants, it’s flavor is stronger and more pungent than it’s more subtle cousin. In culinary practices, Summer Savory would be good in a bread dipping oil , and Winter Savory would be better used in a long cooking application like stews and roasts. They also frequently partner with bean dishes due to their carminative nature.

Medicinally, the pattern continues as both plants contain similar properties, but Winter Savory has them in a much more potent manner.

Here is where I say that Winter Savory SHOULD NOT be prescribed to pregnant women.

Just like summer savory, winter savory possesses powerful carminative, antimucolytic, expectorant, digestif, and antiseptic properties, although it is more often than not infused instead of decocted, as its more powerful aroma is prized by herbalists.

It is most often employed in its fresh, rather than its dry state, as it has a tendency to mellow-out when dried, although ancient methods have suggested its employment in dried form. Regardless of however it is used, winter savory is believed to possess more potent medicinal properties than does summer savory. It shares a number of summer savory’s medicinal properties, and may be used in lieu of, or in tandem with summer savory to treat problems like colic, indigestion, flatulence, diarrhea, and bronchial and nasal congestion. Strong infusions of winter savory can also be given as an emmenagogue, and, in earlier times, was even specifically brewed with other emmenagogue herbs or spices and employed as an abortifacient.

Nowadays, summer and winter savory are often used interchangeably in medicinal practices, although this is only common for inexpert herbalists, with more expert practitioners preferring to use each type distinctly for a specific purpose. It is more popular as a culinary herb than it is as a medicinal herb, and is usually thought of as ‘bean herbs’, literally, partners to bean-based dishes, in the long-held belief that it reduces flatulence purportedly caused by the overconsumption of beans – this being true due to both savory variants’ powerful carminative properties.

Magically, the pattern seems to fracture, and although it is said that they can be used interchangeably, they can also produce very different results. Personally, I think the magic, medicine, history, and plant habits speak volumes to NOT using them interchangeably.

I was always taught to get to know my ingredients. Not just their flavor or growing habits, but their personalities. Winter savory has a tendency to inhibit the germination of nearby seeds, thereby lending credence to the suggested lowering of sexual desire.

When used for magickal purposes, summer savory seems to be far more favoured by most magickal practitioners than winter savory, although both varieties being a type of savory nevertheless, they can (and have been) employed interchangeably. Both summer and winter savory are often used in sex-based fixing spells, or otherwise brewed into tisanes or decocted into potions and drunk as aphrodisiacs. It was initially associated with Satyrs, and later on, with the idyllic god Pan, by the Early Greeks and, afterwards, the Romans, further cementing its ‘lustful’ properties.  By the Middle Ages, its magickal uses somehow expanded, and the two savories took on polar opposite properties. Where summer savory was still employed as an aphrodisiac herb, winter savory became its counterpart in that it was drunk or consumed to elicit apathy when it comes to sexual matters.

Outside of the realm of magickal healing, summer and winter savory plays a very minor to almost non-existent role, although summer savory (and in rare cases, even winter savory) can be employed in the creation of talismans. It can be encased in medicine pouches or juju bags and carried on one’s person to help relieve negativity or ease all sorts of physical ailments, while at the same time supposedly assisting with concentration and memory enhancement. With this in mind, it may be employed ritualistically as a cleansing, empowering, or mild banishing incense, although traditional corroboration does not support this application.

Now, without condemning or condoning anyone’s culinary, medicinal, or magical choices, I should point out that essential oils can often replace fresh or dried plant matter in such applications.

I am definitely not suggesting it as an ingredient to a retributory spell for unsolicited dick pics. Seriously, it’ll smudge your phone. Use dried plant matter only in that instance.

On that note, I introduce you to Mountain Savory Vitality Oil.

The mountain savory plant has been used as a culinary herb for centuries and has a strong flavor that is reminiscent of oregano. This perennial herb is native to warm, temperate regions of southern Europe and the Mediterranean. Mountain Savory Vitality™ essential oil is steam distilled from the flowering plant.

It can be a welcome addition to both your pantry and your daily essential oil dietary supplementation. Mountain Savory Vitality oil has many health benefits, including immune support, cleansing properties, and delivering powerful antioxidants.

Mountain Savory has been used historically as a general tonic for the body.

Fragrant Influence: Revitalizes and stimulates the nervous system. It is a powerful energizer and motivator.

Directions:
Aromatic: Diffuse up to 10 minutes 3 times daily or directly inhale.
Topical: Dilute 1 drop essential oil with 1 drop V-6 or other pure carrier oil and apply on location, chakras, and/or Vita Flex points.
Dietary: Dilute 1 drop with 4 drops of carrier oil. Put in a capsule and take 1 daily as needed.

Thank you for digging deeper into Mountain Savory with me. I am very passionate about herbs, oils, and the education of their uses.

This month only (August 2020) receive a free 5ml bottle of Mountain Savory Vitality with any order of 250PV!!! 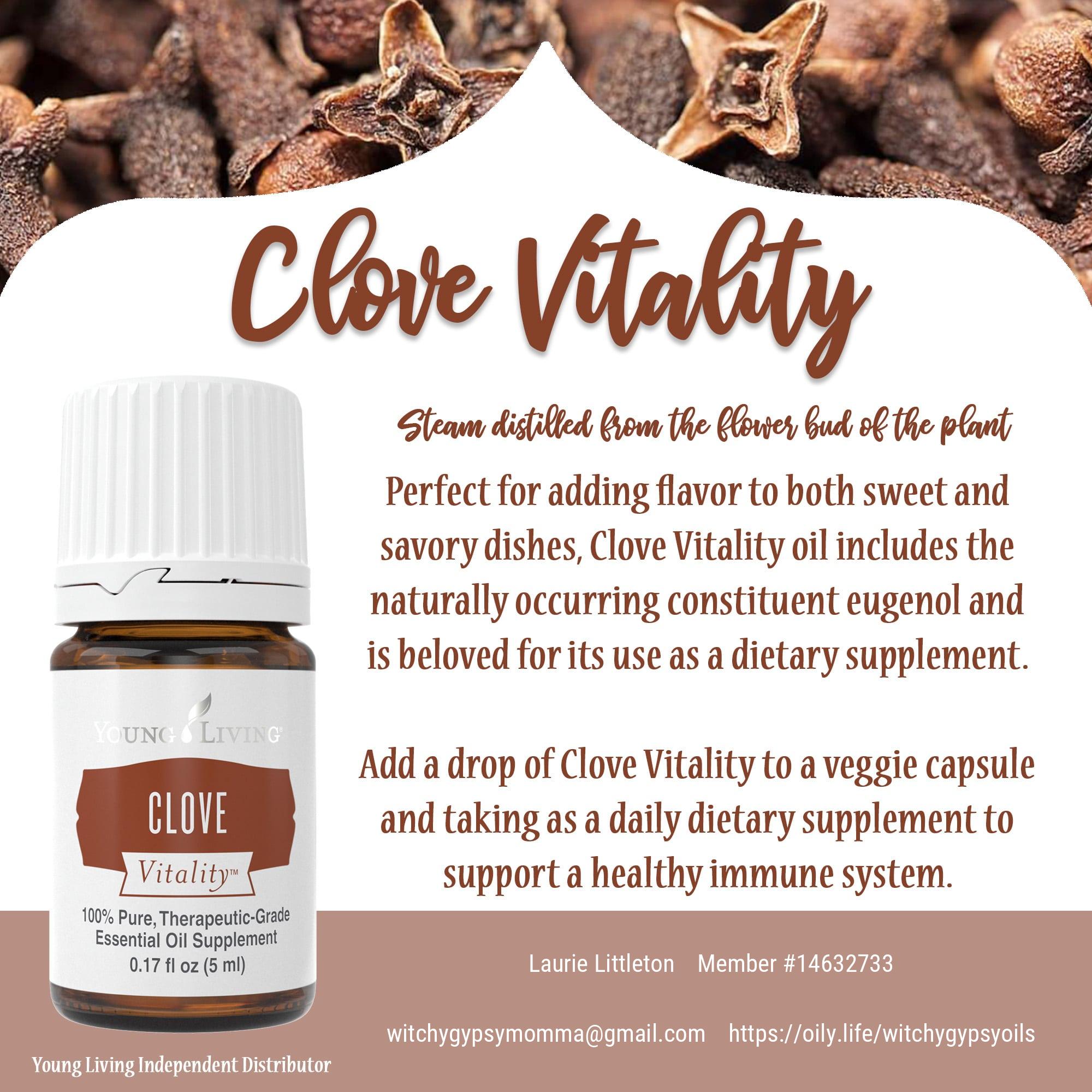 Who's ready to dig deeper into Clove? 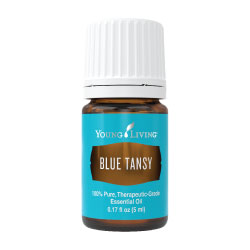 Who's ready to dig deeper into Blue Tansy? 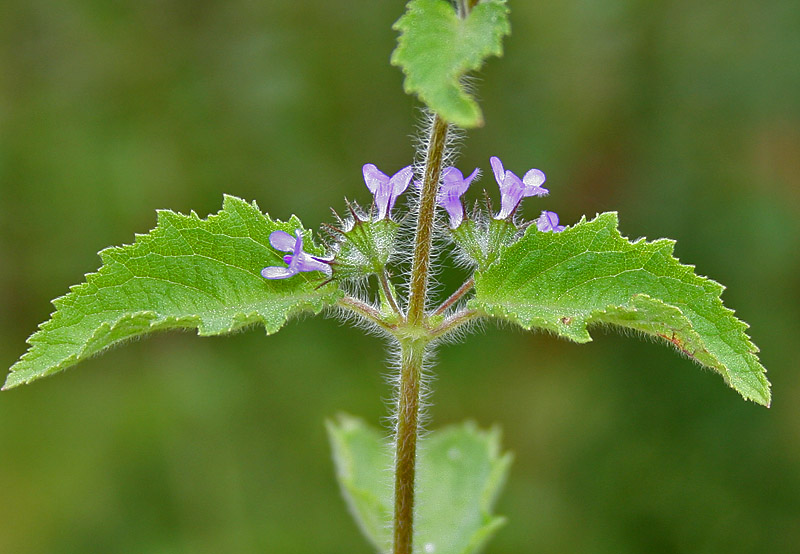 Thanks for joining us! Who's ready to dig deeper into Dorado Azul?